The change in the environment frequently keeps questioning us that if we neglect the earth and keep wasting the natural resources then the future is truly in danger.

By digging a tunnel, broadening the road by cutting the mountains in hilly areas we are moving fast towards our destruction. it’s not development but in the cover of development we are creating problems for our upcoming future.it’s truly exploitation of the environment. before some years ago many chunks of tourists were attracted to the hilly areas due to its coldness, pure and natural atmosphere but now the number keeps decreasing.

This year the theme of environment is ecosystem restoration.

Climate change is a terrible problem,and it absolutely needs to be solved.It deserved to be a huge priority.( bill gates).

World Environment Day is celebrated annually on 5th june every year.World Environment Day was established in 1972 by the united nations at the Stockholm conference on human environment (June 5-16, 1972), that had resulted from discussions on the integration of human interactions and the environment. Two years later, in 1974 the first WED was held with the theme “Only One Earth”. Even though WED celebration have been held annually since 1974, in 1987 the idea for rotating the center of these activities through selecting different host countries began 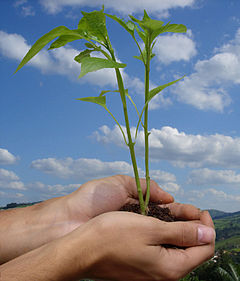 Plant trees as much as you can because trees increase the value of a property. Houses surrounded by trees sell for 18-25 percent higher than houses with no trees.Keep clean your environment whether you are at home, traveling, or moving to another place because when you throw plastic bags and other plastic materials in the ocean, it kills as many as 1 million sea creatures annually. Focus on recycling whatever is possible it will save our earth because even recycling one aluminum can save enough energy to run a TV for three hours.

So please don’t cut trees for your greed according to NASA if we keep destroying the rainforest then in 2100 there will be no rainforest. Try to be more touched towards nature and don’t waste resources. If we will try to secure our present then we can save our future.

Like Loading...
‹ KEEDA JADI Himalayan medical herb (one of the most costliest medicine in the world)
Haridwar-The Gateway To The Heaven ›